Welcome!
Close
Would you like to make this site your homepage? It's fast and easy...
Yes, Please make this my home page!
No Thanks
Don't show this to me again.
Close 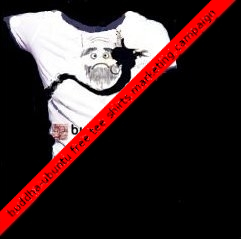 Gamma I Remix Preview on Youtube.com

The History or Story Behind the Ubuntu Buddhist Remix

It all started on top of a lofty mountain, a magical place full of Zen Masters and enlightened Boddhisvattas, a place where the cherry blossoms are always ripe, smelling of sweet, soft perfume and the cool wind blows gently. A place full of light and sound, outside of samsara, ubuntuforums.com

Over in that magical Pure Land, on December 2nd 2007, the legendary Seisen started the Dharma Wheel rolling, some had names like Bubuntu, but strictly_serious suggested, Buddhabuntu. Two years later, in March 2009, a bunch of regular guys were caught up in that wheel and the Buddhabuntu Distro Alpha 1 was rolled out!

Buddhabuntu is a Linux distribution based on Ubuntu. It is tailored for Buddhist users and includes Buddhist Scriptural study tools. It is notable because Buddhabuntu follows recent trends in linux-based distros (specefically Ubuntu) to be religiously-oriented, like Ubuntu Christian Edition and Ubuntu Muslim Edition. Its origin derived from a felt need in the Ubuntu community to develop a Buddhist-oriented distribution of Ubuntu that paralleled, matched, or outperformed its respective cousin distros. A Linux-Live CD for Buddhist Studies has already been made available by the Linux Live CD for Buddhist Studies/International School of Buddhism; however Buddhabuntu is unique in that it promises to take the said CD and enhance it to a more Americanized and mainstreamed flavor, promising unique and cutting edge software such as an User-Adaptive Operating System, that will be based on existing debian packages related to machine learning. It is notable in its user adaptive in that not only does it reflect current American trends towards the Buddhist religion, but promises to deliver an Ubuntu-based distribution that can learn from use. Considering also how Buddhabuntu derives itself from a tradition of open-source software and operating systems, it proves to be an interesting watershed in religiously-oriented Ubuntu distros with its unique emphasis on machine learning and emphasis upon artificial intelligence. This is particularly poignant considering its logo, "linux for enlightened beings".

Moreover, not only is its source open and a multipersonal work, but also its main webpage is also opensourced to developers, following trends started by sites like wikipedia.org.

Check out the blog for new developments!

Ubuntu Buddhist Remix: Ubuntu Linux for Buddhists is dependent upon the interpersonal involvement of a countless number of people in order to attain full realization as it needs to be! Both BUDDHABUNTU and this webpage is completely free, and open-sourced. 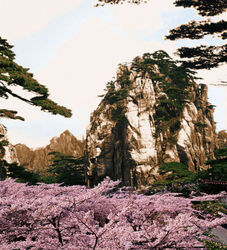 UBUNTU-BUDDHA [MAINSTREAMING] ADVERTISING CONTEST
UBUNTU-BUDDHA to be featured at YALE UNIVERSITY's FORUM ON RELIGION AND ECOLOGY!


If you feel that you may contribute in any fashion
please feel free to email:

The City of 10.000 Buddhas
Buddhanet.net